Tirana Ekspres would not exist but for the invaluable contribution and support of these great people. 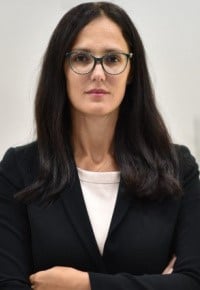 Mrs. Delina Ibrahimaj graduated in International Economics at the Bocconi University of Milan, where she later successfully completed the Master of Science in Management.

In 2015 she defended his PhD in Banking and Finance Management at the University of Rome, Tor Vergata.

Mrs. Ibrahimi has been a co-founding member of the Tirana Ekspres association. She is engaged in all business plans of projects that the organization has developed. She has also contributed as an advisor on economic issues.

Mrs. Ibrahimaj enjoys an in-depth expertise in economic analysis and statistics, built during the work experiences of the Bank of Albania between 2010-2015, in the Prime Minister as Coordinator for the creation of an integrated system of government information and operational statistics, during the period 2015-2016 .

Mrs. Ibrahimaj has successful knowledge and experience in project management, interaction with donors and other institutional actors in the field, as well as outstanding skills in organizing and financial reporting, thanks to her experience in private sector management.

Mrs. Ibrahimaj has contributed as an author or co-author in important publications and studies in the fields of economics and finance. 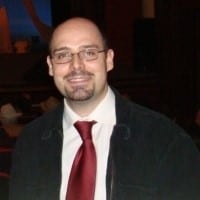 He is an entrepreneur and consultant with corporate and private experience. He currently co-manages a private business and serves as a consultant and trainer for several well-known businesses / organizations in the country.

Elvis Plaku has worked as a web designer at Tirana Ekspres, and also as a training expert.

His expertise comes from the combination of a series of experiences both in the corporate and private world in Albania and abroad. His inclinations and desire to explore new directions have confronted him with experiences in various fields such as: marketing, psychology, communication, human resources, technology, etc. In 2011, he completed his Master's degree in Business Administration from Regent University in Virginia Beach, Virginia, USA.

In 2010 Andri Ibrahimaj was a Member of the Board and Executive Director of TIRANA EKSPRES (Albania).

Andri studied law at the University of Bologna.

Has 18 years of experience as a project manager. Andri has combined the acumen in business with his passion forphilanthropy to create successful societies in venture. His love for the arts made him a co-founder of Tirana Ekspres.

Elsi is a design consultant in management and a fundraiser. Elsi has 15 years of experience in projects in Latin, American, Middle East, Eastern Europe, and Africa, in various fields such as development tracks, environment, human rights, social entrepreneurship, culture, etc. He loves walking and nature, and dreams of a day when rural Tirana communities can thrive. Elsi lives between his hometown Tirana and Amsterdam.

Elsi's responsibility will be to manage Tirana Roads, as well as to seek funding for its implementation.

Elsi has provided for Tirana Ekspres from his experience in trail development, project management and fundraising.

As an enthusiastic and creative individual with excellent organizational and communication skills, Rea enjoys working and investing her knowledge and positive energy in a pleasant dynamic work environment, such as Tirana Ekspres.
She has completed her studies in Business Informatics and has been trained in various fields of cultural management at home and abroad.
The knowledge gained over the years in this organization has shaped her ability to learn and adapt quickly, think creatively and work effectively individually and as part of a team. Tirana Ekspres helped her improve personally and professionally through various participation in projects.
Since 2017 Rea has contributed in Tirana Ekspres as an event organizer and project coordinator to now being the Executive Director of the organization.

He has been involved with youth NGOs since a very young age and has been active as a social and cultural activist for the past 15 years. He studied Humanities at the Anglo American University in Prague and since returning to Albania in 2009 he has been very active as a cultural promoter.

Rubin has been managing several artist-directed spaces and has organized numerous exhibitions, concerts and artistic events. He was a member of the board of Tirana Ekspres.

Ana Gjoka is a political researcher, graduated for Political Sciences, at Social Science Faculty, University of Tirana and she has been certified as a "Policy Maker" at the "Elite Professional" Academy. Currently, she is on her 2-nd year of Master degree in Regional Studies.

Apart from being just a student, she is actively engaged in various initiatives and organizations.
Ana is a Board Member at "National Youth Congress" to strengthen the role of youth in society. Also she leads volunteer group named "Youth in charge"- Lezhe since 2018. Ana has done 4 internships, two of them near Municipality of Tirana, one at European Movement in Albania and Digitalb Bee. Now she is doing another internship at Youth Directory- Municipality of Tirana.

Ana has been participated in various trainings conducted by organizations such as FES, NDI, KAS, New Vision, World Vision UK, MCW, BBA, etc. Ana has been delegated in the "Regional Youth Forum in Novi Sad" and later in Balkan Tour. Recently she was part of ERASMUS+ project in Sremski Karlovci in Serbia about "Edugaming for Diversity". Also, she was facilitator at 4-th and 5-th edition of "Tirana Connectivity Forum" organized by Cooperation and Development Institute and at Civil Society Summit- WB6 organized by Western Balkans Fund.

Ana has been working for Tirana Ekspres as Social Media Manager. 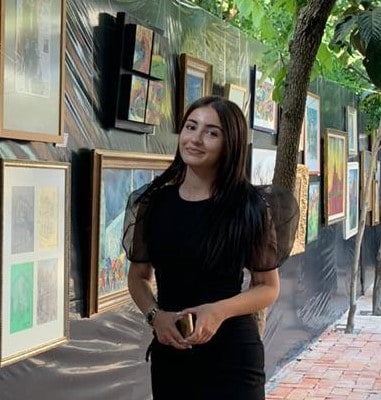 Euglena Hyseni graduated from the Faculty of Philology in the branch of Language - Literature, then she completed her master's degree in literary language.

Euglena is certified as a teacher by Zva Tirana.

She has participated in various trainings organized by organizations such as new vision, bba.

Euglena is currently an assistant at Tirana Ekspres..